Homeless Link announces the winners of its annual Excellence Awards 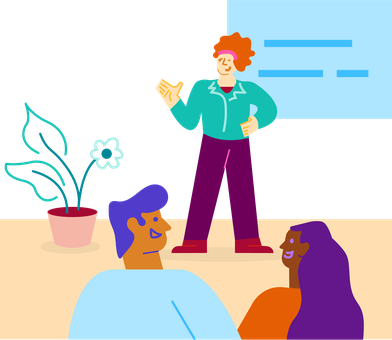 “From providing secure accommodation, involving people with lived experience of homelessness within services, to preventing the revolving door of reoffending and homelessness, and shining a light on women’s homelessness, the awards show the innovation happening across the country to tackle homelessness."

Please find details of the categories, winners and commended applications below:

The ‘Home Safe’ award recognises high quality, affordable accommodation options for individuals or couples experiencing rough sleeping or homelessness that enable them to have the right to open and close their own front door and feel safe and secure in their own accommodation.

The judging panel awarded Oasis Community Housing for their ‘Basis Beds’ project which provides people with multiple-complex needs the opportunity to have a home of their own.

Basis Beds houses individuals, as well as couples, who may otherwise struggle to access housing using surplus local authority housing stock, which is refurbished. Oasis Community Housing use housing benefits pay for the property, while statutory funding or wider fundraising pays for the support element making the project replicable where housing stock is available and funding for support can be found. Support is flexible and co-designed helping individuals settle into their new home and develop skills.

The ‘People First’ award celebrates services that are inclusive and compassionate through ensuring the people they support are at the centre of what they do, working alongside people to help them leave homelessness behind.

The Juding panel awarded Adullam Homes Housing Association for their impressive co-produced approach, priorities and targets. Embedded in behaviours and cultures their worked centred the voices of lived experience and diversity of service user group.

In August 2021, Adullam’s Sheffield Foundations project, a mental health assertive prevention support service, created a Co-production Group. Team members collected ideas from everyone about what they wanted the service to provide in the way of training, activities, and any other ideas they had about what they wanted to get involved in and what they would like to lead on. In the weeks that followed a range of activities were tried and sessions covering different topics run, some of them delivered by service users around themes and subjects that affect them. One service user told how her confidence has grown and her life has been changed for the better as a result of being involved in co-production with Adullam.

Since its inception Rebuild has worked with many individuals that are stuck in a cycle of repeat offending, imprisonment and homelessness. The judging panel felt that Rebuilds work replicable and powerful in terms of preventing a revolving door, offering ‘great lessons to be shared’.

One case in particular involved an individual that had been in prison for so long that he said it felt like his ‘safe place’. When this person started working with Rebuild, he was accommodated within an approved probation hostel with no options for his discharge and was due to be homeless at the end of his stay. He was so frightened by the thought of being unsafe on the streets that he had planned to commit another offence to get back to a place where he felt that he didn’t need to feel scared. After working with Rebuild to address his situation, the client was offered accommodation within a setting where he would usually have been excluded and he was only offered this placement because of the ground-breaking support that Rebuild had provided. Despite concerns over the longevity of this placement due to the individual’s history, because he had given the support and opportunity he needed to turn his life around in a stable and safe setting, he excelled. The client continued to engage with Rebuild to further address his situation and after settling into his accommodation he said to his support worker that this is the first time since being released that I have not wanted to go back to prison.

The ‘Stronger Voice’ award honours person, group or service that is highlighting the true nature and scale of homelessness, while challenging the systems that aren’t working for those experiencing it.

The judging panel awarded FLIC the award for their joint research work  with the Centre for Housing Policy at the University of York, to design and deliver the largest scale research study into women’s homelessness in England. Work the judge’s felt ‘shined a light’ on women’s homelessness and had already had national impact.

The findings were that women are present in the homeless population, in much greater numbers than is generally assumed, and the widespread assumption that lone adult homelessness is predominantly male is almost certainly false. Spatial, methodological and administrative error in how homelessness is defined and counted has resulted in a failure to recognise, count and respond to women’s homelessness effectively.